This is a warning and reminder to those in the media who think that writing articles and propaganda that align with particular corporate ‘party lines’ is a morality and consequence free activity. 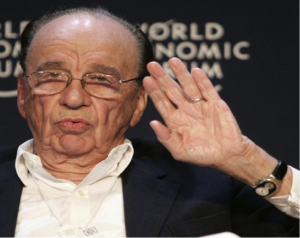 Julius Streicher was the founder of the Nazi propaganda newspaper Der Stürmer (The Stormer or, literally, The Attacker) and the head of a publishing house that was responsible for publishing anti-Jewish literature including three books specifically aimed at children.

From the Wiki article:

“Julius Streicher was not a member of the military and did not take part in planning the Holocaust, or the invasion of other nations. Yet his pivotal role in inciting the extermination of Jews was significant enough, in the prosecutors’ judgment, to include him in the indictment of Major War Criminals [emphasis mine] before the International Military Tribunal – which sat in Nuremberg, where Streicher had once been an unchallenged authority. Most of the evidence against Streicher came from his numerous speeches and articles over the years. In essence, prosecutors contended that Streicher’s articles and speeches were so incendiary that he was an accessory to murder, and therefore as culpable as those who actually ordered the mass extermination of Jews (such as Hans Frank and Ernst Kaltenbrunner). They further argued that he kept them up when he was well aware Jews were being slaughtered.”

From 1923, Alfred Rosenberg was the editor of the Nazi propaganda vehicle the Volkish Observer. He was hung for his war crimes- mostly for his role in the propaganda machine and his development of specific philosophical tenets upon which much of the Nazi action against various groups of individuals was based.

Words are powerful tools, capable of creating or destroying depending on the purpose and intention of the writer. Writers are not morally excused from the import of what they write, particularly those writers who work in the service of the institution of Public Media; those who claim to be the re-porters, the carriers of ‘what happened’, are responsible for what they write and allow to be published in their names.

Those who are currently employed by the Murdoch propaganda machines, those who are employed as writers or on air re-porters, would do well to remember that *those who knowingly repeat the lies because of ‘just obeying orders’ are NOT spared culpability in a court of criminal law, nor will they be spared the judgement of the masses.  If an individual decides to write propagandist shite in support of various corporate interests, they ARE absolutely responsible- morally, physically and in every other way- for what is it that they have written and what they have promulgated in the hearts and minds of their readers. Writers of hate propaganda, of deliberate corporate deceptions, of bigotries based on self serving interests and hidden corporate agendas, of material that serves to incite prejudice or discrimination of any kind are not free of the full gamut of responsibility for what it is that they have written. 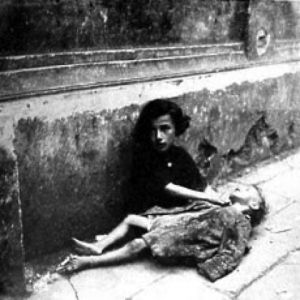 When an individual considers the deep import of the power of words, what is it that they are willing to say if their life hangs in the balance? Are the individuals currently willing to be the carping mouthpieces for corporate destruction, deception, propaganda and agenda willing to stake their lives on their lies and actions?

Reporters and publishers do not always die in the name of honest recounting and a sincere desire for an  accurate portrayal of events; sometimes, reporters and publishers die because they are inextricably entwined in serving the interests of those that would do incalculable harm to the majority; they serve the interests of a narrow few, the corporate monopolies whose actions result every day in the deaths of countless, silenced and suffering individuals. Why are these individuals silenced? Why do they live lives of desperate poverty, of miserable lack, of grinding and hopeless hours and days and weeks and years of unending physical labour and hardship? 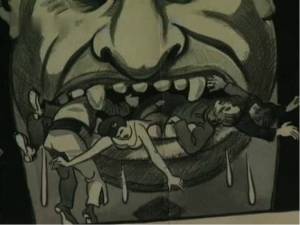 In part, they are condemned because of the constant willingness of mainstream media to be the propaganda arm of Empire. This element of the Cult of Heteronomy is not a machine, but is made up of thousands of willing servants, each making the private choice to become part of the Voice of Empire and its activities. They are willing to write lies to support illegal and immoral activities, to write lies that distort the facts towards the specific agendas of their corporate employers. They comply with the dictates from above to be silent on certain subjects, to refuse to report particular events or activities that demonstrate the resistance to the corporate policies or edicts that are increasingly flowing into the lives of the many. 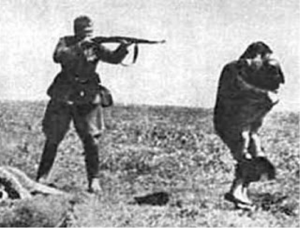 Does it matter that the individuals writing and talking for those waging the corporate war are not representing an obvious war machine, are not advocating an open and straightforward call to arms, the honest and clear vilification of any particular group of individuals?

War fought by economic means is still war. An individual dying because of economic warfare against certain countries by those who have the force and means to use economics as a tool of war is still an individual dying in war- everything else is the linguistic semantics of propaganda. 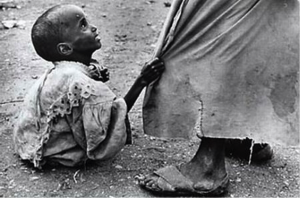 Let us stop telling lies about what is happening on and to our planetary ecosystem and its inhabitants of all kinds and expressions. Let us cease engaging in linguistic distortions inspired by the narrow interests of the few. This is war and, like it or not, we are at war with those who despise everything that is not them, who are bent on destroying the entire planetary ecosystem and its inhabitants. Those who promote and engage the interests of war- either covertly or overtly, economic warfare or otherwise- are responsible for their actions.

It’s time we took that power back. We can begin by calling things by their proper name.