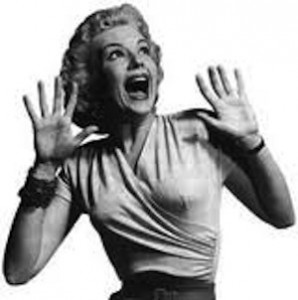 I have observed the shocked reactions of adults when my daughters are utterly blunt about rejecting sexist/bigoted/anthropocentric attitudes regardless of who those attitudes might be aimed at; I’ve had adults demand that I ‘chastise’ my daughters for being outspoken against these things. I am too Derrick Jensen-ish to be softly softly with dangerous attitudes and anachronistic belief systems that have been brought to society’s attention *for the past 100 years*- we’re in the 21st century and we’re STILL having gender/sexual equality ‘debates’? We’re STILL having women and children killed by family members while the ‘administration’ can’t find its arse with both hands, a map and several helpful Youtoob videos? We’re STILL burying individuals because they committed the unforgiveable sin of loving someone of the same sex? Or because they chose a gender *outside* the limitations of the consensus binary?

FUCK THAT. I’m not in the slightest bit interested in playing softly softly with ignorance anymore, for a number of different reasons, the main one being that I’ve concluded either individuals Get It or they don’t- and no amount of ‘education’ is going to transform that. Education only works on those who were open in the first place- hard core bigots are immune to transformation and I’m now immune to being nice to bigotry in any form. Playing nice, conforming to societal standards of ‘compassion’ and ‘empathy’ in the WRONG places has continued to get individuals from all walks of life killed.

Another assertion regarded comment regarding the ‘age appropriate’ element, suggesting that the script was inappropriate for the age of the girls concerned. That is subjective opinion, not fact: did the commenter KNOW the girls? Do they knew the developmental level of each girl involved? I have a six year old that can intelligently discuss subjects that leave most adults floundering because both her father, her other dad and I are all gifted and intelligent individuals who answer her questions intelligently: the version of ‘age appropriate’ that we get from outside our family (as in the version of her grandfather, for example) demonstrates a complete lack of awareness of my daughter as a Being. Using the ‘if you’re not from the demographic in question, you don’t get to have an opinion about it’ maxim, the only individuals who are positioned to decide if something is/is not developmentally appropriate for the child/ren involved are those that are involved in that child’s life, unless it is a clear case of exploitation.

I’ve read individuals claim that the girls in the video are ‘being exploited for financial and other gain’. Can anyone substantiate that the girls ARE being ‘exploited’? I know I used to prance around in the same way when I was 10 and many adults thought I was being ‘affected’ or ‘dramatic’ or ‘inappropriate’ when I was simply expressing a reality and way of Being that I personally experienced. The reactions of adults frequently bewildered me but I was expected to conform to THEIR ideas of what my behaviour ‘should’ be.

The suggestion of child exploitation is a very serious arena and, in this case, also diminishes the concept of actual child exploitation because of particular personal biases and opinions. A child being economically or sexually exploited in a power system that is designed explicitly to ensure the conditions for that exploitation is world’s away from the idea that the girls (and boy) in the video concerned are being exploited. This would be impossible to gauge without knowing the specific circumstances and individuals involved, whereas one doesn’t have to do any such investigation to know that a ten year old in a brothel is being exploited.

The issue of the assertion of ‘stereotypes’ also amuses me- where do you think these behaviours came from in the first place? The dominant culture from which these ‘stereotypes’ emerged. Different cultural communities have all kinds of mannerisms and ways of Being that can- but not necessarily are- elements that can be accused of later being used ‘stereotypically’ if individuals from outside those cultures are involved in the production. I was raised around Italians and sure got to learn that ANYTHING can be stereotyped.

Interestingly, individuals within various demographics ALSO don’t get to decide for one another what is and isn’t acceptable for the group, so there’s no such thing as an absolute consensus reality regarding, for example, creative license and the way that this is engaged. There are clearly some depictions of particular demographics that are found to be deeply offensive to that demographic and that is then a non-discussion; anything outside these

So I’m not buying into accusations of stereotyping when the parents of the girls involved were not concerned with it and, more importantly, I’m not the individual that can level that challenge at the production because I’M NOT PART OF that demographic. This is simple Feminism 101 to me.

There’s all kinds of reasons for all kinds of issues and you know what? If I’m not part of the demographic concerned I don’t get to go pushing my opinion about it one way or the other. I’ve learned this through some very clear and passionate expressions from individuals within the trans* community that essentially say ‘if it’s not about your experiences as a trans*, then SHUT UP and take a seat’. If this is absolutely appropriate for allies of the trans* community then, as far as I see it, it’s appropriate for EVERYTHING ELSE.

Do I get to have an opinion-purported-as-fact about what it’s like to be an individual outside my own area of experience? NO. Do I get to hold forth in a manner expressing some kind of special insider insight into stuff that I actually know NOTHING about other than some sketchy subjective opinion? Unsurprisingly, that’s also a NO. So, why do individuals who know NOTHING about the families and individuals involved in this particular video think that they have some kind of authority behind their particular opinion, when they wouldn’t for a second tolerate that sort of assumptive rubbish in a different setting.

It’s the distinction between subjective opinion and established parameters that can make a situation so murky that those who might have been inclined to explore the topic pull back because of unwillingness to get involved in semantics. This doesn’t solve ANY issues, especially difficult subjects that involve things like gender, sexuality, equality and all the other pesky and apparently incredibly difficult to grasp heteronomies that individuals like to engage in.

Here’s how I see it: individuals have many subjective opinions about what constitutes ‘age appropriate’ and ‘child exploitation’. Frequently, these individuals are NOT parents or even involved with children (I am the first to recognise that being either of those groups also frequently doesn’t give the individual any insight or authority in a situation and at the same time, having bad apples in a barrel doesn’t make the whole barrel rotten) so what they’re speaking from is subjective opinion. Opinion is fine and dandy UNTIL it becomes a basis for judging the actions of others.- then opinion becomes a right pain in the arse that can escalate to the kinds of actions that vilifies a particular group or causes an individual to be murdered because they’re outside the consensus reality.

Do those subjective opinions have any validity outside the scope of the individual? NO. Are they acted upon as if they DO? Yes, and it frequently results in nothing but harm to those being acted upon. Is there a difference between calling out an actual situation and calling subjective experience a ‘legitimate’ ‘criticism of an actual situation? YES.

It has been pointed out to me that the company concerned has dubious practices. I’m all up for being shown actual examples of their dubious practices, as one individual did, and I really appreciated this information; what I wasn’t interested in was a bunch of subjective opinion being paraded as reality because hello! MY reality- and the reality of my daughters- is different! And guess what? Other individuals don’t get to have a say about that because it’s NOT their area of expertise, just as making derogatory comments regarding the motivations of those concerned is also not their area of expertise- they do NOT know the individuals concerned, they have NO IDEA of what these girls are and are not aware of .

‘Age appropriate’ is NOT the same thing as developmentally appropriate, which any gifted child forced to go through the hell of ‘schooling’ can readily attest to: this differs from child to child and is not best gauged by a total outsider who knows absolutely NOTHING about the particular child involved, in which case ‘shut up and take a seat’ is a reasonable request.

I’m not interested in ANY heteronomy, no matter how much the individuals involved can rationalise their actions. There’s a difference between “I didn’t like it and I don’t like the company involved for this and that reason”, which leads to an exploration, and the dumping of an opinion-as-fact that causes an individual such as myself to have enough ‘wait, what?’ moments that responses such as this one emerge. Two very different things, these be.

I’m not interested in individual’s subjective opinions unless they’re speaking about their experiences, in which case I will shut up and take a respectful seat: this doesn’t mean I won’t ask questions but I’ll ASK if it’s ok to ask questions. I sure as fuck won’t be assuming I know anything at all of their experience, just like others cannot know mine.